Free access to The political economy of dowry in Bangladesh

Posted on November 2, 2016 by journalofcontemporaryasia 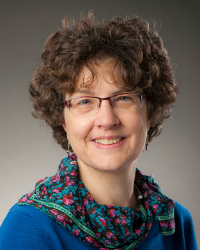 In a new article published at the JCA website, the University of Bath’s Sarah C. White examines the question of dowries in Bangladesh.

The paper can be freely accessed at the JCA website.

This article explores why dowry inflation persists in Bangladesh, despite the country being widely heralded as a development success, especially with regard to gender. The article asks three questions. Does rural Bangladesh show changing patterns of marriage similar to those reported elsewhere in South Asia and more broadly? What might explain the persistent spread and inflation of dowry payments? How might changes in marriage and the inflation of dowry be related to the broader political economy of development in Bangladesh? Analysis of primary data from rural Bangladesh affirms shifts in norms of marriage arrangement and conjugal relationships, but also emphasises considerable continuity. The political economy of development in Bangladesh is briefly described. Dowry is argued to function not as compensation for perceived weakness in women’s economic contribution, but to bolster men’s. In mobilising “additional” resources, dowries help sustain the economic system and indicate ongoing commitment to cultural idioms of masculine provision and protection, against a background of widespread corruption and political and gender violence.