Posted on December 27, 2016 by journalofcontemporaryasia 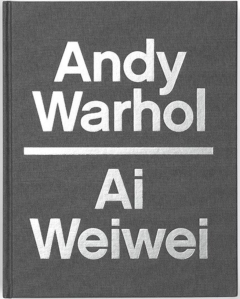 In a new review, Kosmas Tsokhas has reviewed Andy Warhol, Ai Weiwei, a popular book edited Max Delany and Eric Shiner published by the National Gallery of Victoria in collaboration with The Andy Warhol Museum in Pittsburgh (DOI: 10.1080/00472336.2016.1266377).

The book is a catalogue of essays for an exhibition of the work of Andy Warhol and Ai Weiwei at the National Gallery of Victoria in Melbourne between December 2015 and April 2016 and at the Andy Warhol Museum between June and August 2016.

The reviewer notes that Warhol and Ai “have been historically and socially conditioned by the differences between mechanisation and automation filtered through mass media under mature American capitalism and under current transitional Chinese capitalism.” Tsokhas says of the book/catalogue:

by exploring the similarities and dissimilarities between Warhol and Ai, the contributors to this collection offer fresh perspectives and unusual interpretations of how Ai has continued to experiment with painting and sculpture, photography and film, installation and conceptual works, so that he has remained a pioneer among artists who look to the internet and social media for new pathways to creative dissent beyond studio production and gallery display.