Markets and conscription in South Korea

Posted on January 3, 2017 by journalofcontemporaryasia 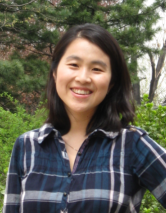 The final article to be published in 2016 came out during the holidays. It will appear in print later in 2017. That article is “Of Soldiers and Citizens: Shallow Marketisation, Military Service and Citizenship in Neo-Liberal South Korea” (DOI: 10.1080/00472336.2016.1269264) by Hee Jung Choi of the Migration and Social-Integration Research Center, Konkuk University, Seoul and Nora Hui-Jung Kim of the Department of Sociology and Anthropology at the University of Mary Washington in Fredericksburg, Virginia.

The Nationality Law and the Military Service Law in South Korea were changed in 2004 and 2005 respectively to enable tighter control over the conscription of male citizens. This movement stands in contrast to other industrialised countries, where conscription has been replaced by professional and marketised military services. This article explains the Korean exception as “shallow marketisation,” one particular way the connection between citizenship and military service is being reconfigured in the era of neo-liberal globalisation. The Korean state and its “flexible citizens” engage in the exchange of citizenship and military service, but their choices are constrained by previous social relations, including the ideals of equal citizens and of national identity and belonging. In this context of shallow marketisation, the state is tightening the linkage between citizenship and military conscription and trying to restore the façade of “universality” to conscription. Flexible male citizens frame their choices not simply as instrumental calculations, but also as decisions based upon their national identity as Koreans. This article fills a lacuna in the scholarship on neo-liberal reconfigurations of citizenship by elucidating how changes in citizenship practices trigger changes in military conscription and vice versa.