Posted on January 8, 2017 by journalofcontemporaryasia 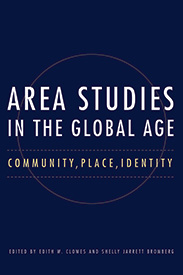 The reviewer refers to the gap “between those who favour the use of large multi-country databases to test hypotheses and those who are drawn to the study of individuals, communities and societies based on ethnographic, literary and cultural research.” The latter is dominated by approaches declared “post-structural, post-modern, post-colonial and post-Marxist” influenced by “comparative literature and neo-Foucaldian” perspectives where “problematising and historicising becomes fetishised, cast in a language of nouns made verbs to render the social, cultural and political world as complex as possible.”

This collection seeks something of a middle ground. It is “an interesting collection” that traverses a territory in an attempt to demonstrate the benefits of an interdisciplinary approach to questions of identity. It is also “a useful call for increased attention to area studies and a text on how area studies can be done in a way that avoids disciplinary extremism.”

This entry was posted in Uncategorized and tagged Area studies, Kevin Hewison. Bookmark the permalink.