Language and politics in the Lao PDR

Posted on May 8, 2018 by journalofcontemporaryasia

The third article for a collection of articles on Laos being guest edited by Simon Creak and Keith Barney (Party-State Governance and Rule in Laos) has been published. 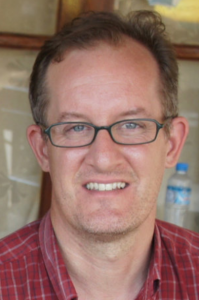 The abstract for his article states:

The nation-building project of the Lao People’s Democratic Republic has been challenged by the task of uniting the multi-ethnic country under its political ideology. The Lao National Radio broadcasts in the Khmu and Hmong languages are the only official voice of minority languages and provide insights on how political messages are sent to the population. In their creation of programming material, the broadcasters must translate the socialist ideology of the Communist Party into language that is politically correct and culturally acceptable. In the process, they are creating a political register in the two languages that is heavily influenced by the linguistic structures of Lao. This article examines these two broadcasts to see how language use at the radio effects the message that is delivered to the listeners, enhancing the calls for mobilisation by teaching the people a new political language reflected not only in terms of lexicon, but also in the syntax and phonology of their translations. The result is a way of speaking that crosses ethno-linguistic boundaries to reinforce the control of the state.