Posted on May 16, 2018 by journalofcontemporaryasia

The fourth article for a collection of articles on Laos being guest edited by Simon Creak and Keith Barney (Party-State Governance and Rule in Laos) has been published.

This paper, “Abolishing Illiteracy and Upgrading Culture: Adult Education and Revolutionary Hegemony in Socialist Laos” (DOI: 10.1080/00472336.2018.1470251), is by Simon Creak of the Humanities & Social Studies Education at the National Institute of Education, Nanyang Technological University, Singapore. 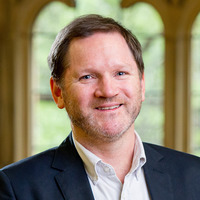 This article examines the monopolisation of political space by the Lao People’s Revolutionary Party, before and after 1975. Together with coercive measures, the Marxist-Leninist regime consolidated rule by establishing and disseminating new concepts of state power, social responsibility and socialist subjectivity, which formed the basis of a radical form of revolutionary hegemony. The Party propagated a new rhetoric of rule through mandated activities including village meetings, co-operatives and a much expanded but poor-quality mass education system. This article examines the system of adult education, where the Party sought to eradicate illiteracy and “upgrade culture” among economically productive 15 to 45-year-olds. Motivated by both politics and pedagogy, the Party imported this system from the Democratic Republic of Vietnam in the 1960s before institutionalising it after 1975. The resulting organisational structure fanned the rhetoric of rule across the national territory in an extensive manner that reached the illiterate “masses” in large numbers. Even where the programme encountered material shortages and apathy, mandated participation in adult education propagated the vocabulary and grammatical structure of socialist Laos, providing a codebook for how to participate in socialist society.