Posted on August 16, 2018 by journalofcontemporaryasia

“The Politics of Conditional Citizenship in South Korea: An Analysis of the Print Media” (DOI: 10.1080/00472336.2018.1504111) is a newly published article authored by David Hundt of the School of Humanities and Social Sciences at Deakin University, Victoria, Australia, Jessica Walton and  Soo Jung Elisha Lee, both of the Alfred Deakin Institute at Deakin University.

This article is published as open access, so it may be freely downloaded.

The abstract for the article states:

This article shows how the meaning of citizenship has changed in South Korea since the partial emergence of a multicultural society in the past two decades. It does so by analysing how newspaper editorials have discussed multiculturalism, which is a multifaceted concept but one which weighs heavily on notions of citizenship. 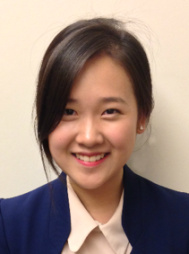 There is often a consensus about citizenship in mono-ethnic and homogeneous societies, even if it is not always clearly articulated or expressed. Societal and demographic change, however, require such societies to change or at least revisit notions of citizenship. The article shows that the print media places the onus on migrants to adapt to society, but also on Koreans to accept the “inevitable reality” of multiculturalism. Editorials advocate a form of conditional citizenship, whereby migrants are incorporated into society without disrupting current notions of what it means to be a South Korean.