Liberalisation and Employment in India

Posted on November 26, 2018 by journalofcontemporaryasia

“Liberalisation in India: Does it Resolve or Aggravate Employment Problems?” (DOI: 10.1080/00472336.2018.1545916) is a new article by Timothy Kerswell of the Department of Government and Public Administration, University of Macau and Surendra Pratap of the Centre for Workers Education, New Delhi, India.

The abstract for the article states: 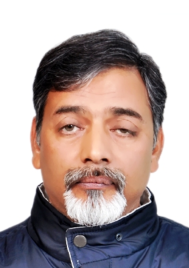 This article discusses whether liberalisation has moderated or aggravated India’s employment problems. Since the Modi government’s election in 2014 and the introduction of the flagship “Make in India” policy, various government officials and academics have argued that India’s employment situation has improved and is showing promising signs of growth and development. However, in this article, it is argued that India’s liberalisation policies have generated numerous problems: employment has delinked from GDP growth due to the increasing financialisation of accumulation; job growth is equal to or below labour force growth; and informalisation is increasing. A structural shift is occurring in India and is causing rural–urban migration due to increased agricultural input costs, reverse tenancy and the mechanisation of agriculture without the creation of new employment. This has led to a redistribution of existing employment in the urban informal sector.