Inequality, Politics and Representation in the Philippines and Singapore

Posted on July 22, 2019 by journalofcontemporaryasia

“Inequality and Political Representation in the Philippines and Singapore” (DOI: 10.1080/00472336.2019.1607531) is a new article by Garry Rodan of the College of Arts, Business, Law and Social Sciences, Murdoch University and the School of Political Science and International Studies, The University of Queensland in Australia. 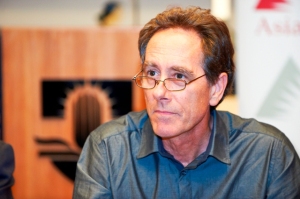 In both the Philippines and Singapore, rapid capitalist development over the last decade combined with intensified inequalities in wealth and income. The conflict this generated resulted in significant – but very different – political responses by elites and popular forces in these countries. In the Philippines, public disenchantment with established elites and institutions fuelled support for populist representation through the authoritarian Rodrigo Duterte. In Singapore, populist sentiments were evident also, but ruling elites were more effective in containing conflict to reinforce prevailing institutions of representation. The explanation for these different outcomes resides not in the intrinsic quality of established institutions, but in the contrasting social foundations on which they rest: technocratic state capitalism in Singapore and private oligarchic capitalism in the Philippines.