Legacies of the Cold War in Malaysia

Posted on January 20, 2020 by journalofcontemporaryasia 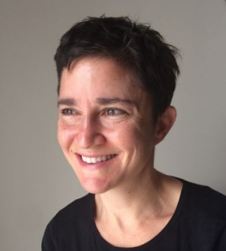 This article is the fourth for a special issue for JCA’s 50th anniversary on the impacts of the Cold War in the region. It is also the first article published by JCA in 2020.

The abstract for the paper states:

Malaya’s anti-communist Emergency of 1948–1960 demonstrated the lengths to which elites – first British colonial, then local – were prepared to go to combat communism’s advance domestically. But the threat of communism, then the spectre of an all-too-convenient communist bogey, resonated across the polity well beyond the Malayan Communist Party’s defeat. The Cold War left a complex and enduring legacy for Malaysian formal politics and civil society. We can see these legacies in terms of political ideologies, settlement patterns, restrictive legislation and geo-political positioning. Overall, Malaysia did experience a genuine and aggressive communist movement, and its counterinsurgency measures, coupling a hearts-and-minds strategy with military suppression, remain a model for even present-day efforts against extremist mobilisation. But what has left a deeper stain is less the Malayan Communist Party per se than how these battles sculpted the ideological, demographic, legal and security landscape: a largely Chinese, internationally vilified, anti-capitalist movement at a formative period in Malaysian socio-political development helped to delegitimise ideological alternatives and bolster a strong, centralised, specifically communal and capitalist state, nested in a significantly depoliticised society.