Posted on April 17, 2021 by journalofcontemporaryasia

“Duterte’s Violent Populism: Mass Murder, Political Legitimacy and the ‘Death of Development’ in the Philippines” (DOI: 10.1080/00472336.2021.1910859) is a new article by Mark R. Thompson of the Department of Asian and International Studies, City University of Hong Kong. 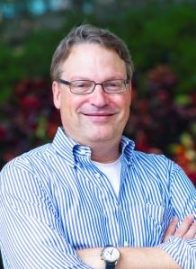 The abstract for the paper states:

Among contemporary illiberal populist leaders, only Philippine president Rodrigo Duterte has instigated mass murder under the guise of a “war on drugs.” Attributed to “penal populism,” it must be explained why Duterte won the presidency despite limited concerns about crime, why he organised extra-judicial killings and why this continued despite domestic and international criticism. As president, Duterte nationalised the violent populism he had first developed locally which wooed rather than intimidated voters with promises to protect “good people” against drug-induced evil. His appeals resonated given the failures of liberal reformism and with a proletarian populist alternative undermined. Using nationalism to respond to global criticism, he put opponents on the defensive. Breaking with the left, he has not undertaken major socio-economic reforms and his anti-oligarchy rhetoric benefitted his cronies. Despite killing tens of thousands and revelations of police corruption, as a legitimation strategy Duterte’s drug war has successfully diverted attention from the “death of development” with poverty levels high despite rapid growth. The Philippine case shows extreme dichotomisation of “good people” and criminalised “others” can legitimate mass killings with a populist breakthrough in a weak state with a poor record of human development.